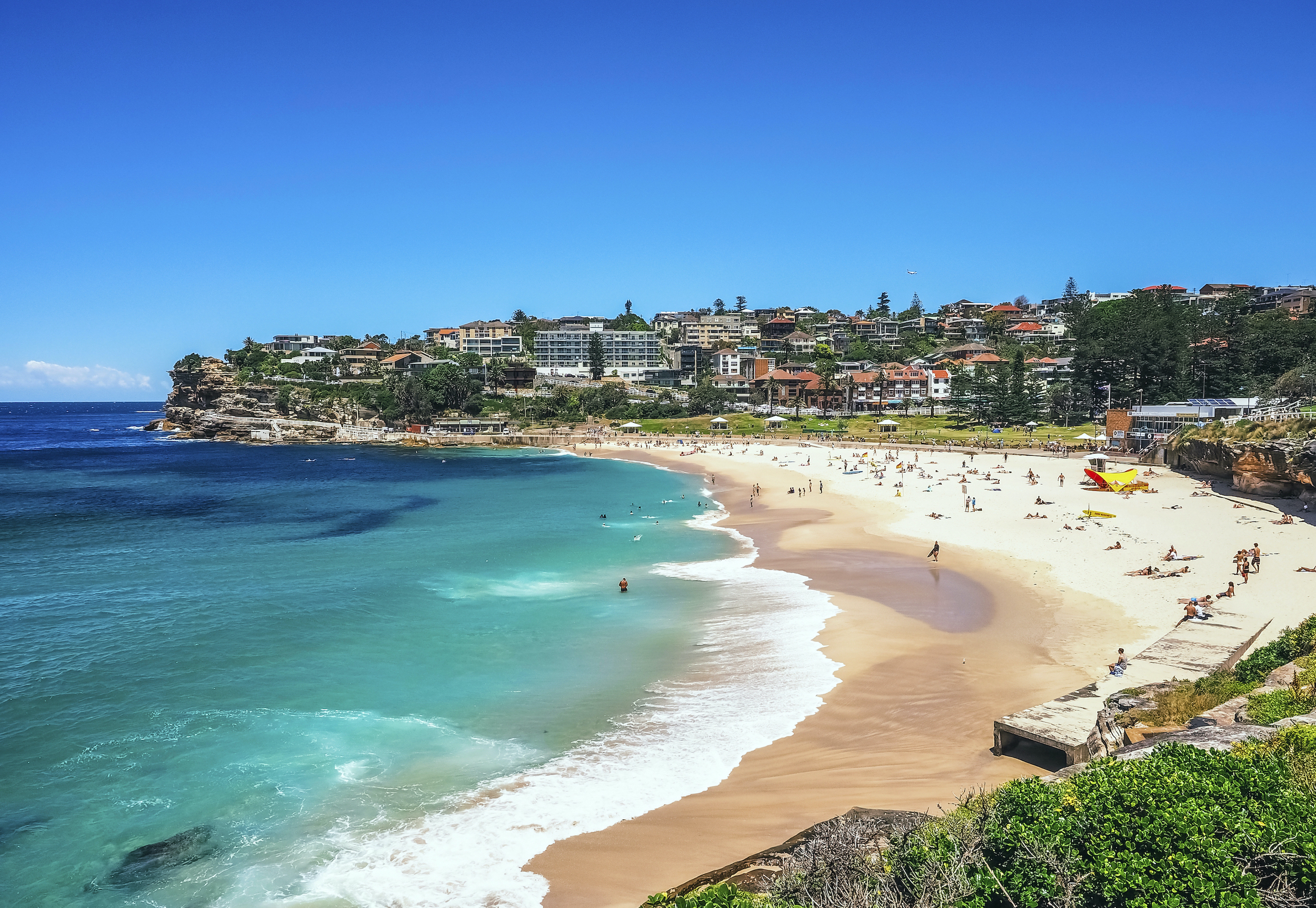 With an idyllic position in Sydney’s East between Bondi and Coogee, Bronte is small but perfectly formed, with a curve of golden sand, beachside park and bush-covered gully at its heart. The suburb sits within a natural amphitheatre that rises up from the beach. Affectionately referred to as Bronte-Carlo, the most desirable streets have sweeping sea views and command some of Sydney’s highest real estate prices. Bronte is a surf beach with its own surf lifesaving club and safe swimming between the flags. The southern end of the beach has a delightful natural ocean rockpool, known by its indigenous name; the Bogey hole. It’s perfect for children or those who prefer their dip in calm water. Year-round you’ll find hardy locals who take a constitutional daily swim and swear by its restorative effect. After a swim, surf or stroll along the incomparable Bondi to Coogee coastal walk, locals and visitors alike love to get their caffeine fix at one of the beachside cafes, which buzz summer or winter.

Up the hill from the beach is Macpherson St, home to Sydney icons Iggy’s (for arguably the world’s best sourdough bread) and the original Three Blue Ducks restaurant, along with a handful of independent shops and cafes.

Education-wise, Bronte Public School is the local primary school and has an excellent reputation. There are two private high schools on the border of Bronte and Waverley - St Catherine’s School (girls) and Waverley College (boys). The closest public high schools are located in the nearby suburbs of Randwick and Rose Bay. Public transport to and from Bronte is by bus, with links to Bondi Junction train station. Bondi Junction with its extensive amenities is walking distance (15 - 30 minutes) or a short drive away.

Bronte locals are a cosmopolitan mix of Australians, returned expats and international residents. And incredibly, given its proximity to Bondi and the city, Bronte retains a laidback village vibe, which locals love and are protective of. Who wouldn’t want to call a slice of this paradise home?